*This is an update and repost of a previous post, which you can find here.

Part of the reason I love wine is that every grape has a story. Whether it’s that the grape has been native to an area (like Tempranillo in Spain), or found to be the love child of some other popular grapes (Cabernet Sauvignon is the illegitimate kid of Cabernet Franc and Sauvignon Blanc), every berry has a legacy.

I don’t like to play favorites in wine, but I do have a favorite grape story and that is the story of Carmenère.

I know it’s not a barn-burner in the world of wine – one of those grapes that everyone has had — but if you start ‘trolling the Chilean aisle you’ll see a bunch of Carmenère on the shelves. It’s become a signature of sorts for that country.

So the question is: how did this ancient grape, native to the southwest France /Gironde area and assumed to be the offspring of Cabernet Franc, wind up in Chile? That’s why I love the story. It’s meandering and cool.

Wine dorks who study this stuff believe that Carmenère is a naturally occurring cross between Cabernet Franc and a grape called Cabernet Gros, which is no longer with us (RIP). Cabernet Gros is a cross of the grape of Txakoli from the Basque Country and Fer, also Basque but used in the wines of southwest France (south of Bordeaux) today.

So this French-Basque grape is the half-brother of Merlot and Cabernet Sauvignon, since both of those grapes have Cabernet Franc as a parent (Cab Franc really got around, didn’t it? Spread its seed?).

The grape moved from the south, down river to Bordeaux, where it became a part of the “Brat Pack” of the 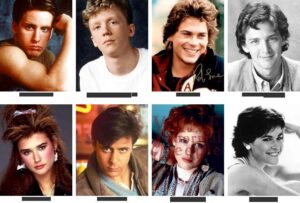 Médoc, blending into fine wines with family members Cabernet Sauvignon, Merlot, Cab Franc, and more distant relations, Malbec and Petit Verdot. In the Bordeaux estuary, this dark blue-skinned grape lived fitfully, temperamentally, and as a thorn in the side of growers until in the 1870s a one-two punch of the fungus oidium and the vine mass-murderer phylloxera hit Bordeaux and Southwest France. Being a fragile little vine, it succumbed to these blights easily in the mid-1800s.

After this disastrous time, growers had to pick up the pieces. They replanted their faves on pest resistant American rootstock, but Darwinism took its course. Vignerons (as they are called in France) only grafted the vines that were worth growing because they had the strength to survive – Cabernet Franc, Cabernet Sauvignon, Merlot, Petit Verdot, and Malbec. Carmenère really wasn’t replanted: growers were happy to get rid of this temperamental, high maintenance grape.

When it got the diss by Bordeaux, Carmenère was assumed extinct, because it had no stronghold elsewhere. Most growers were fine with that — who needed the headache?

So WOULD have ended the story of Carmenère, but then something kind of weird happened.

Over a century later, in the early 1990s, some Chilean winemakers started realizing that their Cabernet Franc and Merlot just didn’t taste like the versions from the homeland (FRANCE).

Sort of simultaneous to this, people in Northern Italy started to realize their Merlot was decidedly NOT Merlot but rather Carmenero, and some producers started labeling it as such (Inama and Ca del Bosco make great ones you may be able to get). Today, it’s assumed that there’s a lot more Carmenero in the ether of the Italian vineyards that’s called Merlot, but not labeled as such. If your Italian Merlot tastes off, now you know why.

All this chalking the varietal differences up to terroir was set aside when science came to the rescue and found something legitimately out of order in both places.

But let’s get away from Italy for now because the main story line of Carmenère really picks up in Chile — whose French, Italian, and Spanish immigrants had been making wine derived from European vine cuttings for more than 150 years outside of the capital of Santiago. Here, in the prolific vineyards with warm sunny days, growers found that their Merlot tasted really “distinctive.” And you can guess why. It was discovered that about 50% or more of what was going into Merlot was not a Merlot clone, as winemakers believed, but Carmenère! In 1994 it was tested and by 1998, officials finished a DNA study and the Chilean government recognized that Carmenère was not extinct, but alive and well in Chile.

How could you not know?

It’s amazing that the Chileans didn’t question this sooner. Because Carmenère from Chile, especially, has a VERY distinct flavor (actually the growers probably knew the truth, since they called Carmenère “Merlot Chileno”, indicating it was certainly thought if differently from French Merlot. That said, the winemakers had no problem passing it off as Merlot!).

Today, we have to give Chile props for taking this unique grape that they saved from extinction and making a go at creating a market for it. It grows well here — isolated from the rest of South America by the Andes to the east and the Atacama Desert to the North, and with sandy soils and low rain — Chile is an unwelcome place for pests and fungus, which is the main problem for Carmenère. The delicate grape that was a heartache in France is a hearty trooper in Chile. And, frankly, in the right hands the wine can be nothing short of spectacular — like Merlot on steroids — but in the wrong hands — blech.

Whereas Merlot is low key and soft with mellow cherry and red and blueberry flavors, Carmenère often tastes like green pepper and has a sharp spiciness that is not often found in Merlot. Carmenère tends to be medium bodied — similar to Merlot — but it has smoky, spicy, and earthy aromas. This wine is bold and frankly, can be a tough wine to drink if it’s not made well.

That’s been my problem with Carmenère. I’ve tasted many and I have found two profiles — something approaching nirvana in an earthy, fruity, rich, full wine, and then a mothball-like, sulfur, green pepper mess that reminds me of a fast-food joint’s salad with under-ripe tomatoes, iceberg lettuce, and past-its-prime green pepper (and a healthy dose of chemical spray). 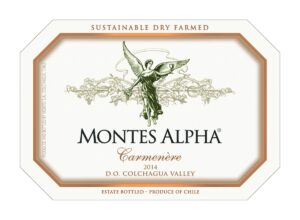 When it’s good, the wine is nearly purple in color, which indicates that it was picked when it was fully ripe, often the issue with the bad versions – they are underripe. It tastes like red, black, and blue berries, cherry, herbs, and black pepper. With oak it can show coffee and chocolate notes. The problem is that growers aren’t usually patient enough to pick later or aren’t growing Carmenère in warm enough sites: the bad style is too often what you’ll find.

So do you try Carmenère and take the risk? If you want to try it, please trust me on this one: look for ones from the Colchagua or Cachapoal sub-regions of the Rapel Valley. These are the ONLY places I’ve found tasty Carmenère. Price often matters – you may need to spend a bit more than $20 for a good version.

In addition to that, you’ll want to get bottles from a few different producers before you have the wine. Once you find a good one, take note — it can be your touch point after you’ve tried a few of these and are ready to throw in the towel on the variety altogether!

Have you tried Carmenère? What are your impressions? Please leave a comment below!