Bordeaux 102: Tasting the Difference in Terroir…

Last week I went to a tasting of eight red wines from different communes of Bordeaux put on by the Guild of Sommeliers, the professional organization that’s affiliated with the Court of Master 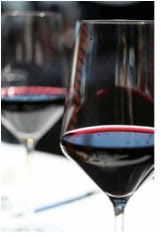 Sommeliers (through which I’m certified. But I’d like to make the distinction that I’m certified, not certifiable since I have no desire to go through the hell that it takes to be “sculpted” by this fine organization into a Master Sommelier…story for another time).

I knew the event would be haughty, but I also knew it would be worthwhile: the wines were of exceptional quality and it gave me a chance to taste the differences between the areas (AKA communes) of Bordeaux, something that wine geeks talk about all the time.

In the Bordeaux Primer I discuss the geography of Bordeaux, but I don’t get into specifics. Here I’ll elaborate on why “place” makes such a huge difference in the wine. In other words, if you didn’t know about terroir before or why it mattered, keep reading because this is the concept in action.

Let’s start with a quick review.

The event was a blind tasting — so I didn’t know which wine was from where. But even without knowing, each was so distinct that I could pick up on the differences right away. Although from different vintages, most were about the same quality level.

Here are my findings…

Pomerol
Typical description: Powerful wines that pack a punch of tannin and have a LOT of fruit flavor. They can be brutally harsh without time to age, but with some years in a cellar they can be soft, fruit-filled, and elegant. The most famous wine from here is Pétrus (frequently the most expensive wine in the world). 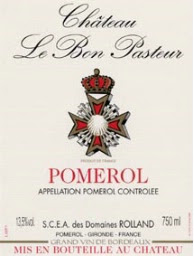 The Wine: Château Le Bon Pasteur, 2006, Pomerol AOC
About the Château: An excellent wine, cheap for Pomerol. Le Bon Pasteur has the reputation as an up and comer in the region and quality is said to improve every year. It’s a good splurge!

My Notes: This wine had floral notes, it was full of green pepper, plum, and tobacco with medium mouth-drying tannins and noticeable alcohol. This was excellent but it wasn’t joking around. A very strong wine with bold fruit and oak flavors, but still elegant. I think this is true to what Pomerol is all about. I want to get a bottle to age for a few years, because I think it would be pretty amazing with time.

Saint-Émilion
Typical description: Wines from Saint-Émilion come in all kinds of styles. The area has diverse soils and land, so it’s hard to come up with a single description. Some producers let the grapes hang on the vines getting higher alcohol and fruit content (and making something closer to a California Merlot in style), and some focus on earthy, tannic flavors, which is more classic. The most famous wines of the area are from Château Ausone and Château Cheval Blanc.

About the Château: This is one of the finest wines of Saint-Émilion, but is a bit of a sleeper in terms of broad reputation. It’s part of the Saint-Émilion classification, and is at the second quality level. It’s no slouch and it’s a great example of what wines from the area can be when the producer works to make a classic wine.
Price: $60

My Notes: I tasted this blind, but I knew instantly it was mostly Merlot. It was medium weight, subtle, and very soft feeling on the inside of my cheeks — I always associate that feeling with Merlot. “Fleshy” is the word some people use. It was earthy, it had medium tannins, and had a great ripe bing cherry flavor. The wine was less about high alcohol and fruit and more about softness, acidity, and good tannin — classic.

Left Bank Wines (mostly Cabernet Sauvignon, where all the 1855 Classification Chateaux are located)

Graves/Pessac-Léognan
Typical description: Graves is known for wines with an earthy, gravelly quality with smooth fruit flavors. The most famous Château here is Château Haut-Brion, a first growth (highest quality) in the 1855 classification and the only one in Graves.

The Wine: Château Olivier, 2005, Premier Cru, Pessac-Léognan
About the Château: This is classified in the Graves classification of 1952, but the Château has had some quality issues in the recent past. It seems to be recovering so it’s another up and comer. They’ve got great raw materials and it shows in the wine.

My Notes: This wine seriously tastes like gravel (they don’t call it Graves for nothing). It was earthy, stony, and had little fruit flavor to speak of but I loved it. By Bordeaux standards, this is a young wine from an awesome year, so even though there was just a hint of plum and black currant and the tannin was a little harsh, the wine will be amazing in a few years when it mellows out and the fruit starts to show more. For $45 it’s worth seeking out if you like that stony, earthy thing.

Margaux
Typical description: This is one of the most famous communes in Bordeaux — mostly because Château Margaux, a first growth in the 1855 classification, has created a positive halo around the area. The wines of Margaux are known for fresh, floral notes and red fruit flavors, instead of being super powerful, rich, and full of dark fruit. You’re going to have to pause to enjoy the subtlety, but it’s well worth it.

About the Château: Château Palmer is a third growth but a lot of people think it’s as good as the first growths — so much so that it sometimes garners the same prices. The second labels of these top Chateaux are AWESOME. They are made by the same people with slightly inferior grapes, but inferior is all relative. Second labels are amazing — seek them out.

My Notes: Dark in color, the wine smelled and tasted like potpourri or a floral perfume or flower shop. It tasted like flowers but also a little like minerals or dried dirt, and a pencil (thanks to the soils). It was a bit hot in texture from the alcohol, although this wine is ridiculously young and will mellow out with time.

Saint-Julien
Typical description: The wines from here are not as elegant as those of Margaux, but not as powerful as those of Paulliac (the next commune on the list). They are known for their spicy, fruity aromas, and for the consistency of quality. The most famous wines here are Leoville-Las Cases, Leoville-Poyferre, and Leoville-Barton.

About the Château: Leoville-Las Cases is called a “super second” meaning it’s as good as a first growth, but since they can’t change the 1855 classification, it is what it is. Clos du Marquis is considered one of the top second labels. I said it before and I’ll say it again, 2nd labels are a normal person’s gateway to the top wines!

My Notes: This wine was very different from the others. It was lighter in color than the Margaux and it smelled like baked cinnamon, toasted bread, a little bit of green pepper from the Cabernet, and flowers. There were some black cherry and plum notes too — it was super aromatic. The flavor was delicious — it tasted like it smelled, was mellow on the tannins, and it stuck around in my mouth for a long time. Completely different from the Margaux, which was so floral. Since this is from 2008 similar to the previous wines, the comparison between this and the Margaux was striking — such different styles for places so close together.

Paulliac
Typical description: Paulliac is home of three Premier Crus from the 1855 classification — Latour, Lafite-Rothschild, and Mouton-Rothschild. That said, it’s got first growths and fifth growths and very few in between. Cabernet is the star of this show — when it’s grown here and aged it is powerful, flavorful, and bold. It’s known to have aromas like pencils, cedar, and black currant — which pretty much sums up Cab. For Cabernet lovers, look no further than Paulliac for your fix.

About the Château: It’s been around since the middle ages and today is considered a very undervalued property, probably because it has changed ownership so many times in the last century. Now it’s got a top guy at the helm (Francois-Xavier Borie), so it’s on the rise.

My Notes: I don’t consider myself a huge Cabernet buff, but this was my favorite wine of the day. EXTREMELY different from the others it was medium in color but so interesting in flavor. There was an Asian pear aroma with black currant and blackberry, then there was the spice. I loved the spice on this wine — it was like being in India. Sandalwood, tamarind, and cumin were so heavenly to smell and taste. The wine was earthy and the tannins were very strong. I would love to see how this evolves in 10 years, since it’s unbelievable now. Much fuller, richer, and spicier than the Margaux or Saint-Julien, this is a wine with cahones.

Saint-Estéphe
Typical description: St-Estéphe is probably the least revered of the famed areas of the Left Bank, but has the best values. Apparently in the past these wines were only for aging because they were so earthy and tannic, and took a long time for them to gel (reminds me of Barolo). But lately producers have stepped up the percentage of Merlot in the wine, making it drinkable earlier. One of the best wines I’ve ever had is from here — Cos d’Estournel (which is $100+ but so worth it). Château Montrose is the other really famous place in Saint-Estéphe.

About the Château: The property is owned by the Champagne producer Louis Roederer. It’s part of a classification that includes Château not inlcuded in the 1855 classification, Les Exceptionnels, with 9 other properties. Château de Pez is the oldest Château in St-Estephe and its wines are pretty fabulous.

My Notes: This wine was floral and tasted like cloves and cedar. Less exotic and rich than the Paulliac, not as toasty as the Saint-Julien, and not as perfumed as the Margaux this wine still had beautiful balance and the flavors of oak, earth and flowers were delicious.

Haut-Médoc
Typical description: This large appellation varies a lot in quality. Like every place, the larger the area, the less you can pinpoint a style or character. You can be assured of the earthy essence of the wine but whether it’s red fruit from Merlot or black fruit from Cabernet depends on the Château. Some are in the 1855 classification, some are Cru Bourgeois, others are just wine.

My Notes: After tasting the lineup, this final wine tasted horrible. My wine dork friend and I actually had to pick up wine from another table where no one was sitting to ensure our wine wasn’t off. It tasted like a plastic band-aid and had no nuance or rich fruit flavor. 2005 had great weather, so almost all Bordeaux I’ve tried from that year have been awesome, but not so much here. Again, not sure if it’s the wine or just that compared to the others it couldn’t hold a candle.

So to sum up, here are my quick descriptions of each area: